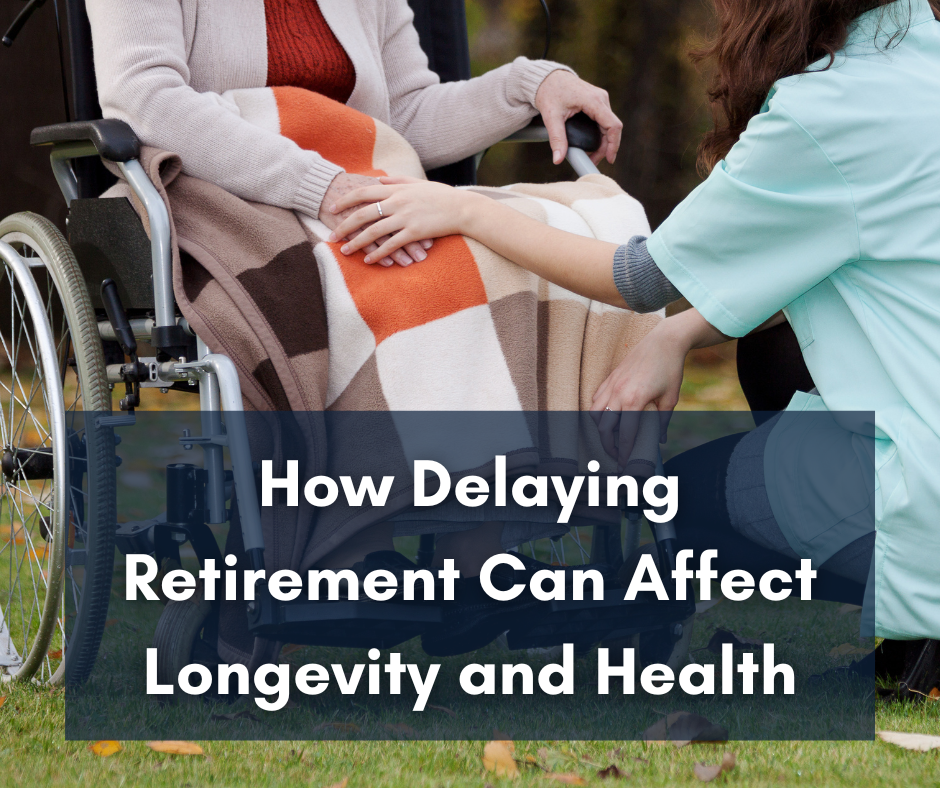 How Delaying Retirement Can Affect Longevity and Health

Delaying retirement appears to increase longevity among men in particular, but it does not seem to have any significant impact on the likelihood of developing health problems like diabetes and depression, a study published in 2018 by the Center for Retirement Research at Boston College has concluded.

The working paper, “How Does Delayed Retirement Affect Mortality and Health?” was written by research economists Alice Zulkarnain and Matthew S. Rutledge. The authors observed that older Americans have been retiring later for a number of reasons, including because work is becoming less physically demanding, employers have shifted from defined benefit to defined contribution pensions, and Social Security’s incentives are changing. The researchers cautioned, however, that understanding the implications of working longer for mortality and health is complicated, because people who are healthier tend to work longer than people who are less healthy.

Taking advantage of a natural experiment in which a policy was implemented in the Netherlands that incentivized a broad cohort of early baby boomers in their sixties to delay retirement, the study used Dutch administrative data to explore the links between work and health outcomes related to depression and diabetes, applying an instrumental variable approach that took into account the joint relationship between work and mortality.

The findings showed that delayed retirement reduced the five-year mortality rate for men ages 62-65 by 2.4 percentage points, which represents a 32% reduction relative to the five-year mortality rate for non-working men of the same age. The authors noted, however, that the ultimate effect on male life expectancy depends on how permanent the effect is, as this reduction in mortality would increase life expectancy at age 60 by about three months if the effect applied only to the ages studied, but longer if the effect was permanent. For women, the results were inconclusive.

Moreover, the study found no significant relationship between delayed retirement and the health conditions studied, which suggests that these conditions were not responsible for the mortality reduction. The researchers speculated that this could be because depression and diabetes are not as acutely life-threatening as some other conditions, adding that further research is needed to identify the conditions through which the positive effect of working on mortality manifests itself. They also pointed out that the relationship between working and mortality could manifest itself through a variety of conditions, which may make it difficult to find a significant result for any one condition.

Based on these findings, Zulkarnain and Rutledge concluded that policies that delay retirement may increase longevity, especially for men, while having no detectable effect on depression or diabetes for people in their sixties. They recommended that U.S. policymakers who are considering changing the Social Security program to encourage workers to delay retirement take into account the possibility that doing so could extend the lives of retirees, and weigh the potential effects of reduced mortality on the benefits that are ultimately paid out.

The opinions voiced in this material are for general information only and are not intended to provide specific advice or recommendations for any individual.

All information is believed to be from reliable sources; however LPL Financial makes no representation as to its completeness or accuracy.

This article was prepared by FMeX.